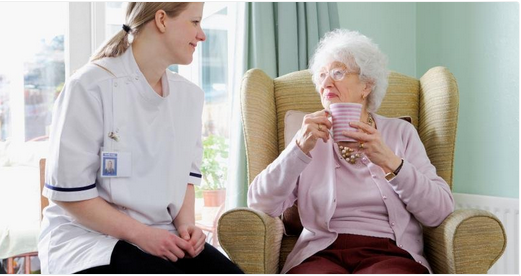 A proposal to limit the costs of social care, per person, to £75,000 by 2020 has been formally dropped by the government, with no intention to pursue the policy until after the next election. The plan, originally put forward by David Cameron, promised to cap the sum that people are required pay for their own care.

However, its intended introduction, following the Conservative victory at the 2015 General Election, was originally delayed until 2020 due to financial pressures faced by local councils. Theresa May attempted to drop the cap plans from the 2017 election manifesto but was forced into a U-turn in response to criticism that her proposals were, effectively, a ‘dementia tax’.

Supporters of the original cap policy are concerned that, by ditching it again, savings earmarked by people for inheritance will be eroded.

Currently, individuals are expected to cover their social care costs in full until their savings are depleted to a £23,500 threshold. After death, the cost is deducted from the value of their property and, therefore, can significantly impact upon the inheritance received by relatives.

Assessable items include personal chattels, e.g. cars, jewellery, etc., life policies which include investments with an element of life cover, and any personal injury award for the first year after the initial payment or held indefinitely in trust.

A person’s main residence is disregarded as an asset if:

On average, a 65-year-old can expect to need ‘care’ costing £30,000 during retirement, although 5% will need care that costs more than £100,000. ‘Care’ does not include accommodation costs and so these Government figures can effectively be doubled.

Often, these costs can result in the need to sell a property. Instead, however, it is possible to enter into a Deferred Payment Agreement with the Local Authority. This is essentially a loan secured on the property as a charge or mortgage.

The issue of how to fund social care has proved to be a delicate issue for all political parties. However, due to an aging population and rising costs of providing the service, there appears to be a shift towards asking individuals to take financial responsibility for their own care arrangements, rather than relying on public funding.

It is also possible that schemes may proposed to encourage workers to allocate a percentage of their wage towards a personal social care ‘pot’.